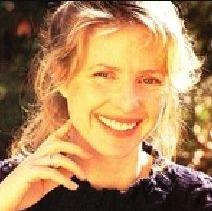 Anne is alive and kicking and is currently 68 years old.
Please ignore rumors and hoaxes.
If you have any unfortunate news that this page should be update with, please let us know using this .

Does Anne Tenney Have the coronavirus?

Anne Tenney (born 1954 in Sydney) is an Australian film, television and theatre actress, probably best known for her role as Molly Jones in the television drama A Country Practice, Liz Taylor in Always Greener and Sal Kerrigan opposite Michael Caton in the major hit film The Castle.
Tenney started her career in guest roles in several Australian drama series, before joining the cast of A Country Practice in 1981. She left the show in 1985. She was then to have roles in Police Rescue, Brides of Christ, E Street, Water Rats, Always Greener, All Saints and headLand.