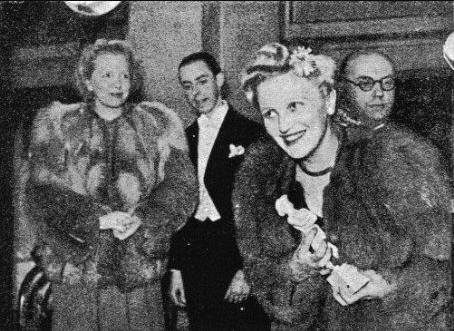 Aili Ansa Inkeri Ikonen (19 December 1913 in Saint Petersburg – 23 May 1989 in Helsinki) was an award-winning Finnish film and theater actress. In a film career spanning three decades, Ikonen appeared in dozens of films, and was one of the most popular actresses of her time. She frequently starred with actor Tauno Palo as her leading man. Although not romantically linked in real life, the two nevertheless captured the audiences' imagination as the golden couple of Finnish cinema.