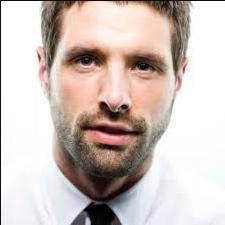 Anthony Lawrence Sedlak was a Canadian chef, and the host of Food Network Canada's The Main.