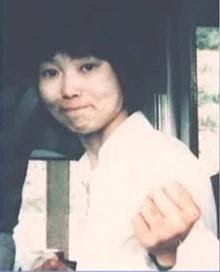 Aya Kitō (木藤 亜也, Kitō Aya, July 19, 1962 – May 23, 1988) was a Japanese girl who wrote a diary about her personal experiences while suffering from spinocerebellar ataxia. She was diagnosed with this disease when she was 15 years old. Her diary, entitled 1 Litre no Namida (1リットルの涙, Ichi Rittoru no Namida, lit. "1 Litre of Tears"), was first published in her native Japan on February 25, 1986, more than two years before her death at the age of 25. Kito had the incurable disease for 10 years and suffered both emotional and physical pain, which was subsequently stressful to her family as well. Her mother, Shioka Kito, convinced her to publicize her diary in order to give hope to others, since Aya had always wanted to be able to help others. Her diary was later adapted into a film (2004) and then later into a television drama series with Erika Sawajiri portraying her (2005).