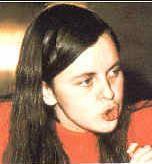 Bernadette is alive and kicking and is currently 75 years old.
Please ignore rumors and hoaxes.
If you have any unfortunate news that this page should be update with, please let us know using this .

Does Bernadette Devlin McAliskey Have the coronavirus?

Josephine Bernadette McAliskey (née Devlin; born 23 April 1947), usually known as Bernadette Devlin or Bernadette McAliskey, is an Irish socialist and republican political activist. She served as a Member of the UK Parliament from 1969 to 1974 for the Mid Ulster constituency. She lost her seat to John Dunlop of the Vanguard Progressive Unionist Party, after coming third in a four-sided contest in the general election of February 1974.
After engaging, on the side of the residents, in the Battle of the Bogside, she was convicted of incitement to riot in December 1969, for which she served a short jail term. After being re-elected in the 1970 general election, Devlin declared that she would sit in Parliament as an independent socialist.

Having witnessed the events of Bloody Sunday, Devlin was infuriated that she was later consistently denied the floor in the House of Commons by the Speaker Selwyn Lloyd, despite the fact that parliamentary convention decreed that any MP witnessing an incident under discussion would be granted an opportunity to speak about it therein.
The day following Bloody Sunday, Devlin slapped Conservative Home Secretary Reginald Maudling across the face when he incorrectly asserted in the House of Commons that the paratroopers had fired in self-defence on Bloody Sunday.
In 1971, while still unmarried, she gave birth to a daughter, Róisín. This cost her some political support. She married Michael McAliskey on 23 April 1973, which was her 26th birthday.
On 12 May 2007 she was guest speaker at éirígí's first Annual James Connolly commemoration in Arbour Hill, Dublin. She currently co-ordinates a not-for-profit community development organisation based in Dungannon, the South Tyrone Empowerment Programme, and works with migrant workers to improve their treatment in Northern Ireland.