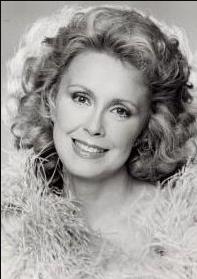 Beverlee passed away on May 2, 2008 at the age of 72 in Los Angeles, California, USA. Beverlee's cause of death was complications due to a kidney transplant.

Beverlee McKinsey was an American actress. She is best known for her roles on two daytime serials. Her first known role was as Iris Carrington Wheeler on the soap opera Another World from 1972 to 1980. Subsequently, she portrayed the same role until November 1981 on the spin-off show Texas. Her other famous role was as the Baroness Alexandra Spaulding Von Halkein, on the soap opera Guiding Light, from 1984 to 1992. In 1994, she made a brief return to daytime, appearing in 6 episodes of General Hospital as Myrna Slaughter, a witness in Edward Quartermain's trial for the murder of Jack Boland.