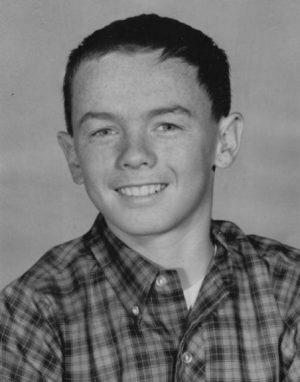 Billy passed away on December 31, 2006 at the age of 57 in San Luis Obispo, California, United States. Billy's cause of death was liver failure.

William Allen "Billy" Booth (November 7, 1949 – December 31, 2006) was an American child actor, perhaps best known for his role as Dennis Mitchell's best friend Tommy Anderson on the CBS sitcom Dennis the Menace, based on the Hank Ketcham comic strip of the same name.
He also made guest appearances on The Twilight Zone, My Three Sons, The Donna Reed Show, Lawman, The Many Loves of Dobie Gillis, and The Andy Griffith Show. He also provided the voice for Wentworth in the 1962 Merrie Melodies episode Honey's Money.

Booth graduated from Crescenta Valley High School in 1967, from USC in 1971, and from University of California, Hastings College of the Law in 1974. He became a practicing lawyer and moved to Los Osos, California in 1977.
He taught business and real estate law at both Cuesta College and Cal Poly, both located in San Luis Obispo County, California. He divorced his wife Kathern. He practiced law in Morro Bay, California.