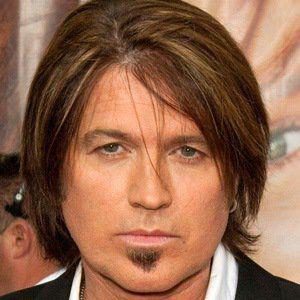 William is alive and kicking and is currently 60 years old.
Please ignore rumors and hoaxes.
If you have any unfortunate news that this page should be update with, please let us know using this .

Does Billy Ray Cyrus Have the coronavirus?

William "Billy" Ray Cyrus is an American singer, songwriter and actor. Having released 12 studio albums and 44 singles since 1992, he is best known for his number one single "Achy Breaky Heart", which became the first single ever to achieve triple Platinum status in Australia. It was also the best-selling single in the same country in 1992. Due to the video of this song, the line dance gained in popularity.
From 2001 to 2004, Cyrus starred in the television show Doc. The show was about a country doctor who moved from Montana to New York City. From 2006 to 2011, he co-starred in the Disney Channel series Hannah Montana with his daughter Miley Cyrus. From 2016 to 2017, he starred as Vernon Brownmule on the CMT sitcom Still the King.

From 1986 to 1991, Cyrus was married to Cindy Smith, with whom he co-wrote the songs "Wher'm I Gonna Live?" and "Some Gave All", both of which were featured on his 1992 debut album Some Gave All.
On December 28, 1993, Cyrus married Leticia "Tish" Cyrus (née Finley; born May 13, 1967). Together they have three children: Miley Ray (born as Destiny Hope in 1992), Braison Chance (born 1994), and Noah Lindsey (born 2000). He also has two adopted stepchildren from Finley's previous relationship: Brandi Cyrus (born 1987); and Trace Cyrus (born 1989), singer/guitarist for Metro Station. Cyrus adopted Brandi and Trace when they were young children.
On October 26, 2010, Cyrus filed for divorce from his wife in Tennessee, citing irreconcilable differences. In a statement made to People the next day announcing the split, the couple said, "As you can imagine, this is a very difficult time for our family... We are trying to work through some personal matters. We appreciate your thoughts and prayers." However, on March 18, 2011, Cyrus announced on The View that he had dropped the divorce. On June 13, 2013, Tish filed for divorce from Billy Ray after 19 years of marriage, citing irreconcilable differences. However, it was reported in July 2013 they had gone to couples therapy and rekindled their relationship.