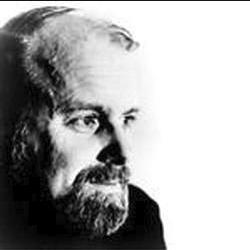 Bob passed away on September 23, 1987 at the age of 60 in Washington, District of Columbia, USA. Bob's cause of death was heart attack.

Robert Louis "Bob" Fosse was an American dancer, musical theatre choreographer, director, screenwriter, film director and actor. At the 1973 Academy Awards, Fosse won the Academy Award for Best Director for Cabaret. In the same year he won Tony Awards for directing and choreographing Pippin and Primetime Emmy Awards for producing, choreographing and directing Liza Minnelli's television special Liza with a Z. He was the first and so far only person to win all three major industry awards in the same year.
Fosse married dance partner Mary Ann Niles (1923–1987) on May 3, 1947 in Detroit. In 1952, he married dancer Joan McCracken in New York City; this marriage lasted until 1959, when it, too, ended in divorce.

His third wife was dancer and actress Gwen Verdon. In 1963, they had a daughter, Nicole Fosse, who later also became a dancer and actress. Fosse's extramarital affairs put a strain on the marriage and by 1971 they were separated, although the couple never divorced. They remained legally married until his death in 1987. Verdon never remarried.
Fosse met dancer Ann Reinking during the run of Pippin. According to Reinking, their romantic relationship ended "toward the end of the run of Dancin." Throughout the 1970s, Fosse was also sporadically linked with actress Jessica Lange.
On September 23, 1987, Fosse died at George Washington University Hospital from a heart attack, while the revival of Sweet Charity was opening at the nearby National Theatre. He had collapsed in Verdon's arms on the sidewalk outside the Willard Hotel.