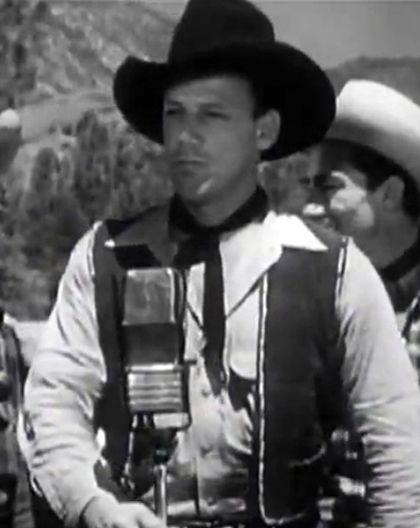 Bob Nolan (April 13, 1908 – June 16, 1980) was a Canadian-born American singer, songwriter, and actor. He was a founding member of the Sons of the Pioneers, and composer of numerous Country music and Western music songs, including the standards "Cool Water" and "Tumbling Tumbleweeds." He is generally regarded as one of the finest Western songwriters of all time. As an actor and singer he appeared in scores of Western films.