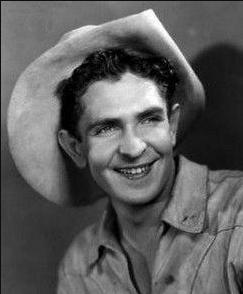 Biography by Hal EricksonBantamweight Western hero Bob Steele began making films as a teenager, co-starring with his brother in a series of "outdoors" short subjects produced and directed by his filmmaker father, Robert N. Bradbury. A star from 1927 onward, Steele gained popularity in several B-Western series of the late silent and early talkie era. Most of his films shared the same plot: Steele's character was forever searching for the murderer of his father (perhaps significantly, many of Steele's starring vehicles were scripted by his real-life dad). In addition to his many starring films, Steele contributed several rate supporting appearances in prestige pictures. Among his better-known non-Western roles included the hot-tempered Curley in Of Mice and Men (1939) and the vicious hoodlum who poisons Elisha Cook Jr. in The Big Sleep (1946). In films until the early '70s, Bob Steele also played the recurring role of Trooper Duffy, the self-styled sole survivor of the Alamo, on the TV sitcom F Troop (1965-1967).