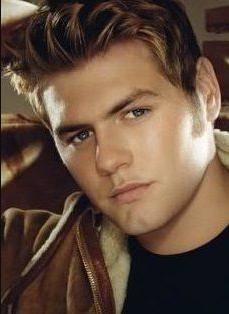 Brian is alive and kicking and is currently 42 years old.
Please ignore rumors and hoaxes.
If you have any unfortunate news that this page should be update with, please let us know using this .

Does Brian McFadden Have the coronavirus?

Brian Nicholas McFadden is an Irish singer-songwriter and TV presenter who rose to fame in 1998 as a member of the Irish boyband Westlife as one of the lead singers and frontman. When he resided in Australia, he was a judge on Australia's Got Talent. Following his departure from Westlife in 2004, McFadden released his debut solo album, Irish Son, which peaked within the top 5 on both the Danish and Irish Albums Charts, and produced his first two No. 1 solo singles "Real to Me" in four European countries and also "Almost Here", a duet with his now ex-fiancée Delta Goodrem which gained a platinum accreditation in Australia.
"Like Only a Woman Can", the lead single from his second album, Set in Stone, became his third No. 1 single as a solo artist. In 2010, McFadden scored his fourth No. 1 with the hit single "Just Say So", featuring American singer Kevin Rudolf, and gained his second Australian platinum accreditation. The single received a nomination at the 2010 ARIA Music Awards for Most Popular Australian Single.

McFadden married former Atomic Kitten singer Kerry Katona on 5 January 2002 in Rathfeigh, County Meath, Ireland. The couple have two daughters, Molly and Lilly Sue. They filed for divorce in 2004 and it was finalised in 2006. He was in a relationship with Australian singer and actress, Delta Goodrem, from 2004 to 2011. He met Irish model, Vogue Williams, in 2011, and the couple later married in 2012 in Florence, Italy. The couple separated in 2015.
In 2018, McFadden received a £450 fine and was banned for driving for 6 months at a Nottingham court after accruing 12 penalty points for 4 separate speeding offences.