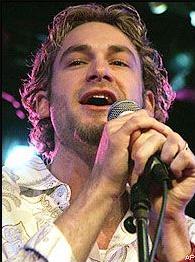 Bronson is alive and kicking and is currently 45 years old.
Please ignore rumors and hoaxes.
If you have any unfortunate news that this page should be update with, please let us know using this .

Does Bronson Arroyo Have the coronavirus?

Bronson Anthony Arroyo is an American professional baseball pitcher for the Los Angeles Dodgers of Major League Baseball. He has previously played for the Pittsburgh Pirates between 2000 and 2002, the Boston Red Sox from 2003 to 2005, the Cincinnati Reds from 2006 to 2013, the Arizona Diamondbacks from 2014 to 2015.