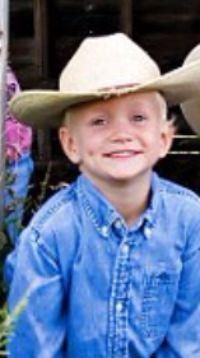 Bryce is alive and kicking and is currently 19 years old.
Please ignore rumors and hoaxes.
If you have any unfortunate news that this page should be update with, please let us know using this .

Does Bryce Drummond Have the coronavirus?

Bryce Drummond's mother, Ree Drummond, is still alive and kicking at the age of 53. She is American and has had a career as a pioneer woman tv show on the food network, food blogger, photographer.

Graduated from Bartlesville High School in Bartlesville, Oklahoma in 1987. Graduated from the University of Southern California in 1991, having first studied journalism before switching to gerontology. Had planned to attend law school in Chicago, but her plans changed unexpectedly when she met and married her husband, Ladd Drummond.