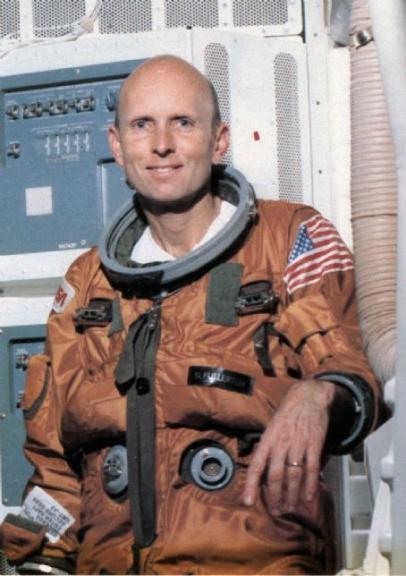 Charles Gordon Fullerton (October 11, 1936 – August 21, 2013) was a United States Air Force colonel, a USAF and NASA astronaut, and a research pilot at NASA's Dryden Flight Research Facility, Edwards, California. His assignments included a variety of flight research and support activities piloting NASA's B-52 launch aircraft, the Boeing 747 Shuttle Carrier Aircraft (SCA), and other multi-engine and high performance aircraft. Fullerton, who logged more than 380 hours in space flight, was a NASA astronaut from September 1969 until November 1986 when he joined the research pilot office at Dryden. In July 1988, he completed a 30-year career with the U.S. Air Force and retired as a colonel. He continued in his position of NASA research pilot as a civilian. Fullerton and his wife and their two children lived in Lancaster, California.