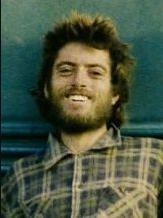 Christopher passed away on August 18, 1992 at the age of 24 in Stampede Trail, Alaska, USA. Christopher's cause of death was starvation.

Christopher Johnson "Chris" McCandless (/ˈkrɪstəfər ˈdʒɒnsən məˈkændlɨs/; February 12, 1968 – ca. August 18, 1992) was an American hiker. He ventured into the Alaskan wilderness in April 1992 with little food and equipment, hoping to live simply for a time in solitude. Almost four months later, McCandless' starved remains were found, weighing only 30 kilograms (66 lb). His death occurred in a converted bus used as a backcountry shelter, along the Stampede Trail on the eastern bank of the Sushana River.