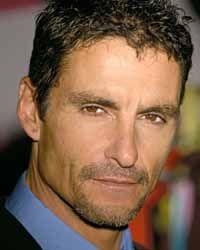 Cliff passed away on March 9, 2021 at the age of 58 in Topanga, California, USA. Cliff's cause of death was kiteboarding accident.

Cliff Simon (born 7 September 1962) is a South African athlete and actor, best known for his portrayal of Ba'al in Stargate SG-1.
In 1982, after serving his two-year term in the air force, he landed a job teaching windsurfing and waterskiing at a resort hotel. As fate would have it, a stage show was in production at the resort and Simon was informed by one of the performers that the choreographer was looking for a gymnast. Simon somehow knew that this was going to be the first step towards a career on stage. Simon subsequently performed all over the world in various stage productions as a dancer/acrobat, culminating in his dream role as a performer at the world famous Moulin Rouge, Paris, in 1989.

In 2019, Cliff presented the travelogue documentary Uncharted Mysteries (Into the Unknown) which premiered on The History Channel in the U.K. on 24 February 2020. Part survival, part mystery, part travel documentary, Cliff travelled solo across the globe, into some of the most extreme and forbidding landscapes searching for hidden clues to some of the most nightmarish myths of all time.