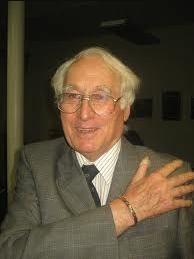 Colin Leakey's father, Louis Leakey, died on October 1, 1972 as he was 69 years old. His cause of death was heart attack.

Colin Louis Avern Leakey is a leading plant scientist in the United Kingdom, a Fellow of King's College, Cambridge and of the Institute of Biology, and a world authority on beans.
Professor Colin Leakey’s life journey has taken him from an upbringing in East Anglia, across much of the world, and back to the UK and the peaceful close of Lincoln Cathedral. In his many lives, he has travelled widely and wisely, making important contributions to the development of beans as one of the leading scientists involved with the crop.

Like all good research, Colin’s work on beans has an end result, and one well-known user of his breeding work is Hodmedod’s (who featured in the last issue of the Pulse Magazine). Their canned Red Haricot Beans are the Stop variety of Phaseolus vulgaris bean bred by Colin for colour-fastness and suitability for production in the UK.
As often in Colin’s many lives, there is a nice set of cross-links as the beans are grown by Tim Gawthroup, husband of Sandra Gawthroup, who set up Phaseolus Ltd to produce IQF beans, largely at Colin's suggestion. Phaseolus are suppliers of a range of individually quick frozen beans & pulses for the food manufacturing and catering industry.
In 1972, having already taught doctoral students at Makerere University, Uganda, he was awarded a PhD by the University of Cambridge.