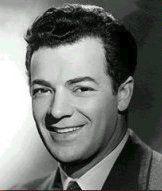 Cornelius passed away on October 16, 1989 at the age of 74 in Los Angeles, CA. Cornelius's cause of death was leukemia.

Cornel Wilde was a Hungarian-American actor and film director.