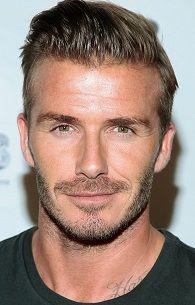 David is alive and kicking and is currently 47 years old.
Please ignore rumors and hoaxes.
If you have any unfortunate news that this page should be update with, please let us know using this .

Does David Beckham Have the coronavirus?

David Beckham is one of Britain's most iconic athletes whose name is also an elite global advertising brand. He was captain of the English national team from 2000 to 2009, scored in three different FIFA World Cups, and played midfield for clubs in Manchester, England, Madrid, Spain, and Milan, Italy; he also won the MLS Cup playing for Los Angeles Galaxy in 2011 and 2012.
In 1997, Beckham started dating Victoria Adams, after she attended a Manchester United match. She was famously known as "Posh Spice" of the pop music group Spice Girls, one of the world's top pop groups at the time, and his team was also enjoying a great run of success. Therefore, their relationship instantly attracted a great deal of media attention. The couple were dubbed "Posh and Becks" by the media. He proposed to her on 24 January 1998 in a restaurant in Cheshunt, England.

On 4 July 1999, they married at Luttrellstown Castle in Ireland. Beckham's teammate Gary Neville was the best man, and the couple's infant son, Brooklyn, was the ring bearer. The media were kept away from the ceremony, as the Beckhams had an exclusive deal with OK! Magazine, but newspapers were still able to obtain photographs showing them sitting on golden thrones. 437 staff were employed for the wedding reception, which was estimated to have cost £500,000.
David and Victoria Beckham have four children: sons Brooklyn Joseph (born 4 March 1999 in Westminster, London), Romeo James (born 1 September 2002 in Westminster, London), Cruz David (born 20 February 2005 in Madrid, Spain), and daughter Harper Seven (born 10 July 2011, in Los Angeles). Elton John is godfather to Brooklyn and Romeo Beckham; their godmother is Elizabeth Hurley. Beckham's three sons have all played football in the Arsenal Academy. Like their father, Brooklyn and Romeo have both done modelling work and been named among GQ's best dressed British men. Brooklyn previously played football for Arsenal U16, but was released at the end of the 2014–15 season.
In his early Manchester United career, Beckham lived in a four-bedroom house in Worsley that he bought directly from the property developer as a 20-year-old in 1995.
Beckham suffers from obsessive compulsive disorder (OCD), which he says makes him "have everything in a straight line or everything has to be in pairs." Victoria Beckham claims, "If you open our fridge, it's all co-ordinated down either side. We've got three fridges – food in one, salad in another and drinks in the third. In the drinks one, everything is symmetrical. If there's three cans, he'll throw one away because it has to be an even number."
In April 2004, the British tabloid News of the World carried claims by Beckham's former personal assistant Rebecca Loos that he and Loos had an extramarital affair. A week later, the Malaysian-born Australian model Sarah Marbeck claimed that she had slept with Beckham on two occasions. Beckham dismissed both accusations as "ludicrous".
In September 2010, Beckham announced that he was making a court application against prostitute Irma Nici and several others over claims in the magazine In Touch that he had sex with her. Although the magazine later accepted that the allegations against Beckham were untrue, his court application was dismissed under US freedom of speech laws.