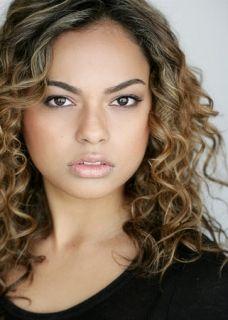 Davida is alive and kicking and is currently 36 years old.
Please ignore rumors and hoaxes.
If you have any unfortunate news that this page should be update with, please let us know using this .

Does Davida Williams Have the coronavirus?

Davida Brittany Williams (born September 5, 1986) is an American actress, singer, and photographer. She is best known for her role as Claire Miller in "Lizzie McGuire". Williams has appeared in a wide variety of television series including The Fresh Prince of Bel-Air, Degrassi: The Next Generation and Quintuplets. In 2004, she played Lauren in the film Raise Your Voice which reunited her with her former Co-Star Hilary Duff. She also modeled as Galleria Garibaldi for the final covers of The Cheetah Girls book series, when Mia Lee left to tour with her singing group. She was to co-star in the upcoming Disney Channel series J.O.N.A.S.. Davida was in a girl group Tom Gurl Four assembled by Chris Stokes and was signed to T.U.G Entertainment , where Stokes served as their manager. Davida fell in line after a series of successful auditions. David left the group to pursue her acting career after unsuccessful chart sales which led the group to part ways.