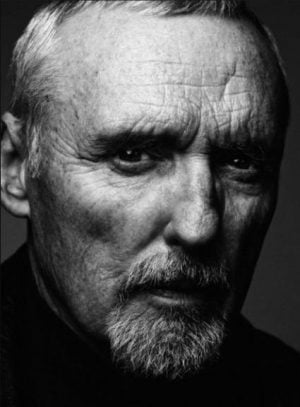 Dennis passed away on May 29, 2010 at the age of 74 in Venice, California, United States. Dennis's cause of death was complications from prostate cancer.

Dennis Lee Hopper was an American actor, filmmaker, photographer and artist. He attended the Actors Studio, made his first television appearance in 1954, and soon after appeared alongside James Dean in Rebel Without a Cause and Giant (1956). In the next ten years he made a name in television, and by the end of the 1960s had appeared in several films. Hopper also began a prolific and acclaimed photography career in the 1960s.
On September 28, 2009, Hopper, then 73, was reportedly brought by ambulance to an unidentified Manhattan hospital wearing an oxygen mask and "with numerous tubes visible". On October 2, he was discharged, after receiving treatment for dehydration.

On October 29, Hopper's manager Sam Maydew reported that he had been diagnosed with advanced prostate cancer. In January 2010, it was reported that Hopper's cancer had metastasized to his bones.
On March 18, 2010, he was honored with the 2,403rd star on the Hollywood Walk of Fame in front of Grauman's Egyptian Theatre on Hollywood Boulevard. Surrounded by friends including Jack Nicholson, Viggo Mortensen, David Lynch, Michael Madsen, family and fans, he attended its addition to the sidewalk six days later.
By March 2010, Hopper reportedly weighed only 100 pounds (45 kg) and was unable to carry on long conversations. According to papers filed in his divorce court case, Hopper was terminally ill and was unable to undergo chemotherapy to treat his prostate cancer.
Hopper died at his home in the coastal Venice district of Los Angeles on the morning of May 29, 2010, 12 days after his 74th birthday. His funeral took place on June 3, 2010, at San Francisco de Asis Mission Church in Ranchos de Taos, New Mexico. His body was buried at the Jesus Nazareno Cemetery in Ranchos de Taos.