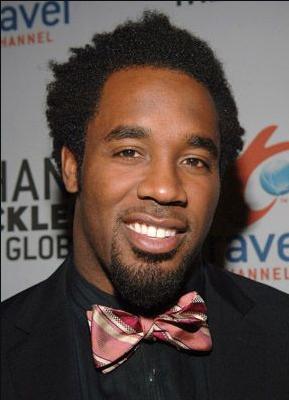 Dhani is alive and kicking and is currently 44 years old.
Please ignore rumors and hoaxes.
If you have any unfortunate news that this page should be update with, please let us know using this .

Does Dhani Jones Have the coronavirus?

Dhani Makalani Jones (born February 22, 1978) is a former American football linebacker who played for eleven seasons in the National Football League. He played college football for the Michigan Wolverines, earning All-Big Ten honors for three straight seasons. He was selected by the New York Giants in the sixth round of the 2000 NFL Draft and played for the team for four seasons. Jones also played for the Philadelphia Eagles and the Cincinnati Bengals. In addition to his football career, Jones hosted the Travel Channel series Dhani Tackles the Globe and the VH1 show Ton of Cash.