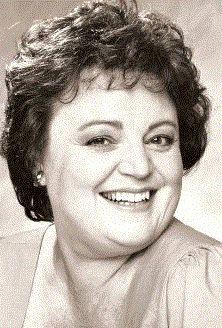 Diana passed away on June 17, 2001 at the age of 57 in Valley Village, California, USA. Diana's cause of death was cancer.

Plump and personable character actress Diana Alice Bellamy was born on September 19, 1943 in Los Angeles, California. Bellamy graduated with a master's degree in Fine Arts from Southern Methodist University in 1970. She began her acting career in puppet theater in her native Los Angeles. Diana had memorable small roles as a sassy wh*rehouse madam in "Outrageous Fortune," a sharp-tongued secretary in "Outbreak," and a sarcastic White House switchboard operator in "Air Force One." Bellamy was very funny as the cranky Mrs. Pennington in "The Nest" and gave an excellent performance as Tim Daly's loyal secretary Grace Woods in "Spellbinder." She had recurring parts as head nurse Maggie Poole on "13 East" and Mrs. Cha-Cha Rimba Starkey on "Superhuman Samurai Syber-Squad." Among the many TV shows Diana made guest appearances on are "Married with Children," "Melrose Place," "Nash Bridges," "Wings," "Murphy Brown," "Baywatch," "Quantom Leap," "Alien Nation," "Family Ties," "Newhart," "Hunter," "The Fall Guy," "Hill Street Blues," and "T.J. Hooker." Outside of her film and television credits, Bellamy did a substantial amount of stage acting: She not only did three seasons with the Oregon Shakespeare Festival in Ashland, but also acted in productions of such plays as "Sister Mary Ignatius Explains It All for You" (as the title character), "The House of Blue Leaves," and "The Skin of Our Teeth." Despite suffering from cancer, diabetes, and blindness in the last five years of her life, Diana nonetheless continued to act: She portrayed the blind Principal Cecelia Hall on the TV series "Popular," made a guest appearance on an episode of "Diagnosis Murder," and played the crippled Mrs. Nichols in a stage production of "The Ladies of the Corridor." Bellamy died at age 57 from cancer at her home in Valley Village, California on June 17, 2001.