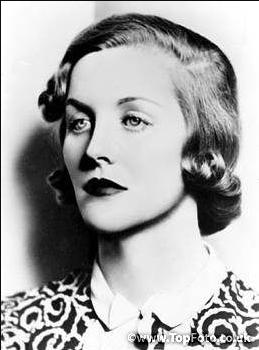 Diana passed away on August 11, 2003 at the age of 93 in Paris, France. Diana's cause of death was complications from a stroke.

Diana, Lady Mosley, born Diana Freeman-Mitford and usually known as Diana Mitford, was one of Britain's noted Mitford sisters. She was married first to Bryan Walter Guinness, heir to the barony of Moyne, and secondly to Sir Oswald Mosley, 6th Baronet, of Ancoats, leader of the British Union of Fascists. Her second marriage, in 1936, took place at the home of Joseph Goebbels, with Adolf Hitler as guest of honour. Subsequently her involvement with right-wing political causes resulted in three years' internment during the Second World War. She later moved to Paris and enjoyed some success as a writer. In the 1950s she contributed diaries to Tatler and edited the magazine The European. In 1977 she published her autobiography, A Life of Contrasts, and two more biographies in the 1980s. She was also a regular book reviewer for Books & Bookmen and later at The Evening Standard in the 1990s. She caused controversy when she appeared on Desert Island Discs in 1989. A family friend, James Lees-Milne, wrote of her beauty, "She was the nearest thing to Botticelli's Venus that I have ever seen".