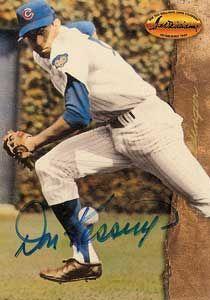 Donald is alive and kicking and is currently 80 years old.
Please ignore rumors and hoaxes.
If you have any unfortunate news that this page should be update with, please let us know using this .

Donald Eulon Kessinger (born July 17, 1942 in Forrest City, Arkansas) is an American former professional baseball player and manager. He played in Major League Baseball as a shortstop from 1964 to 1979 for the Chicago Cubs, St. Louis Cardinals and the Chicago White Sox. A six-time All-Star, he was a light-hitting, defensive specialist who spent the majority of his career as the Chicago Cubs starting shortstop. In the late 1960s and early 1970s, he was considered one of the best shortstops in baseball.