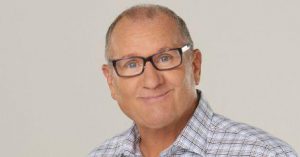 Ed is alive and kicking and is currently 76 years old.
Please ignore rumors and hoaxes.
If you have any unfortunate news that this page should be update with, please let us know using this .

Does Ed O'Neill Have the coronavirus?

Edward Leonard "Ed" O'Neill is an American actor. He is best known for his role as the main character, Al Bundy, on the Fox Network sitcom Married... with Children, for which he was nominated for two Golden Globes. Since 2009, O'Neill has played patriarch Jay Pritchett on the award-winning ABC sitcom Modern Family, a role for which he has been nominated for three Primetime Emmy Awards and won three Screen Actors Guild Awards.
Upon his debut on the world stage in Youngstown, Ohio on April 12, 1946, he was christened Edward Philip O'Neill, Jr. Both his father, Ed, Sr., a steelworker and truck driver, and his social worker mother, the former Ruth Ann Quinlan, were Irish-Americans.

O'Neill is married to actress Catherine Rusoff. As of 2016 they have two daughters and live in Los Angeles. After being introduced to Brazilian Jiu-Jitsu by his friend writer/director John Milius, O'Neill has trained in the martial art for 22 years under the mentoring of Rorion Gracie. In December 2007, O'Neill received his black belt. In the 2012 TV documentary I Am Bruce Lee, O'Neill states that he considers getting his black belt "the greatest achievement of my life, apart from my children."