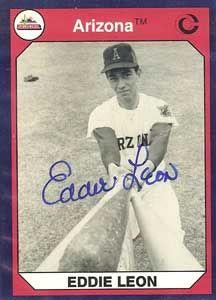 Eduardo is alive and kicking and is currently 76 years old.
Please ignore rumors and hoaxes.
If you have any unfortunate news that this page should be update with, please let us know using this .

Eduardo Antonio Leon (born August 11, 1946 in Tucson, Arizona) is a former Major League Baseball infielder of Mexican American descent, who played for eight seasons, splitting time as a shortstop and second baseman. He played for the Cleveland Indians from 1968 to 1972, the Chicago White Sox in 1973 and 1974, and the New York Yankees in 1975 until being released on May 5 of that year. A detailed account of Leon's tour of duty with Cleveland is included in the book "Portrait of a Franchise: An Intimate Look at Cleveland Indians Baseball During the Rockin' Sixties" by Doug Kurkul.