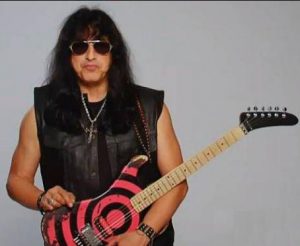 Eddie is alive and kicking and is currently 67 years old.
Please ignore rumors and hoaxes.
If you have any unfortunate news that this page should be update with, please let us know using this .

Does Eddie Ojeda Have the coronavirus?

Eddie "Fingers" Ojeda (born August 5, 1955 in New York City, New York) is one of the two guitarists of the American heavy metal band Twisted Sister. In early 1970s he recorded a couple of singles with a band called SPX. He joined Twisted Sister in 1975. In 1989 he started the band Scarecrow (band). He also recorded a solo album named Axes To Axes in 2005 featuring Dee Snider, Ronnie James Dio and Rudy Sarzo among others. In a 2006 interview with rock & roll comic C.C. Banana, Eddie revealed if Twisted Sister ever retired that it would still be possible for the band to continue performing under their alternate name Bent Brother.