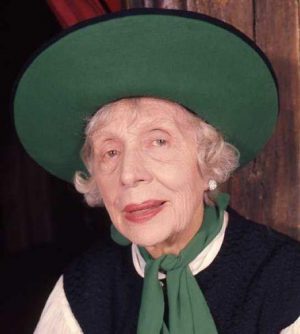 Dame Edith Mary Evans, DBE (8 February 1888 – 14 October 1976) was an English actress. She was best known for her work on the stage, but also appeared in films towards the beginning and end of her career.