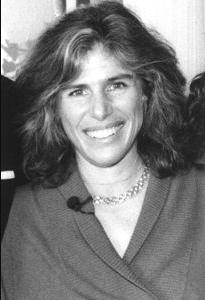 Elizabeth passed away on December 3, 1994 at the age of 47 in Los Angeles, California. Elizabeth's cause of death was aids.

Elizabeth Glaser (née Meyer; November 11, 1947 – December 3, 1994) was a major American AIDS activist and child advocate married to actor and director Paul Michael Glaser. She contracted HIV very early in the modern AIDS epidemic after receiving an HIV-contaminated blood transfusion in 1981 while giving birth. Like other HIV-infected mothers, Glaser unknowingly passed the virus to her infant daughter, Ariel, through breastfeeding. Ariel was born in 1981 and died in 1988. The Glasers' son, Jake, born in 1984, contracted HIV from his mother in utero, but has lived into adulthood. Glaser died in 1994.