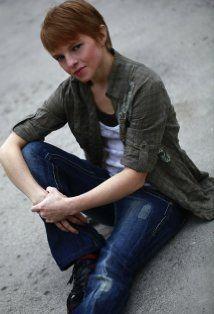 Emily is alive and kicking and is currently 37 years old.
Please ignore rumors and hoaxes.
If you have any unfortunate news that this page should be update with, please let us know using this .

Does Emily Brobst Have the coronavirus?

Emily Brobst is an American stunt and actress who was born on October 24, 1984. She is known for her work on The 5th Wave (2016), Godzilla (2014) and Looper (2012).
Emily Brobst initially wanted to be an actor, but with her tiny 4’10” frame, she soon realized she was ideal for stunt doubling and it was something she enjoyed doing. She began stunt doubling after being asked to stunt for a young boy while standing in for him on a television set. Having trained in kickboxing and other martial arts, rock-climbing, tumbling and basically movement in general, she has been able to stunt double for many well-known child actors, including Chloe Moretz, Jimmy Bennett, Dylan and Cole Sprouse as well as Aramis Knight and Moises Arias.