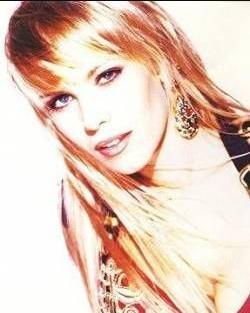 Erika is alive and kicking and is currently 55 years old.
Please ignore rumors and hoaxes.
If you have any unfortunate news that this page should be update with, please let us know using this .

Does Erika Norberg Have the coronavirus?

At one time, Swedish AOR pin-up Erika Norberg was married to guitar maestro YNGWIE MALMSTEEN, this fact alone guaranteeing her international attention. However, Erika's excellent vocals and strong sense of melody make for excellent AOR albums. Malmsteen himself graced the track 'Emergency' on the 'Cold Winter Night' album. Hailing from Skellefteå in Northern Sweden, ERIKA recorded her first album for the Lionheart labelErika, distributed by v*rgin in Scandinavia. The album featured songs co-written by the singer with Swedish songwriters Warnerbring and Almquist with the track 'Together we're Lost' giving her a huge Pop hit in Sweden. Both 'Hurting So Bad' and 'Heavenly' also charted high. ERIKA's touring band in early 1991 consisted of ex-TALISMAN guitarist Benny Jansson, ex-GLORY keyboard player Jonas Sandquist, Yngwie associate bassist Peter Roth and ex-GARBO man Peter Norstedt on drums. The 'In The Arms Of A Stranger' album followedErika, after which the singer married YNGWIE MALMSTEEN in a lavish media ceremony aboard a yacht in Stockholm harbour. The union would be short lived though and the pair soon divorced. The 1993 album 'Lady Luck' saw ERIKA using the talents of guitarists Göran Elmquist, Ulf Jansson and Bobby Ljunggren, bassist Häkan Almqvist and drummer Per Lindvall. The hit single from the record, 'Lost In Paradise', was a duet with Eurovision song contest entrant Jan Johansen. She would marry record producer Richard Evenlind, giving birth to a son James in 1996. The following year, at Evenlind's instigation, ERIKA changed direction toward a modern Rock chick image for her 'Planet X' album, catering for her burgeoning following in Japan. ERIKA bowed out in 1999, announcing her retirement in front of a live audience of 10,000 people. Relocating from Stockholm into the heart of the Swedish country she set about a new career as a journalist and novelist. She gave birth to daughter Lova in 2001.