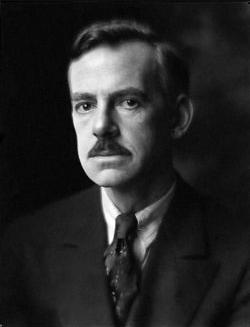 Eugene passed away on November 27, 1953 at the age of 65 in Boston, Massachusetts, USA. Eugene's cause of death was cerebellar cortical atrophy.

From the 1920s until the 1950s, Eugene O'Neill was regarded as the leading playwright in the United States, and in the English-speaking world. His works have regularly shown up in big- and small-screen adaptations, not only in the United States but in various countries around the world as well, reflecting the sheer breadth of his popularity and critical recognition in the early to mid-20th century.
Eugene Gladstone O'Neill was born in New York City in 1888, the son of James O'Neill, an actor, and the former Mary Ellen Quinlan. The elder O'Neill was a major star of the stage, and was especially renowned for his portrayal of the hero Edmond Dantes in Charles Fletcher's stage version of The Count of Monte Cristo, a role he played over 4,000 times. The part was too much of a good thing, essentially ruining him for anything more serious, and his life and career were blighted in later years by the awareness of a wasted talent. The young O'Neill grew up in a wretchedly unhappy home, enduring both his father's chronic disillusionment and his mother's addiction to morphine, which she'd been administered to help cope with the pain of one of her births.