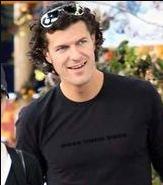 Frederic is alive and kicking and is currently 53 years old.
Please ignore rumors and hoaxes.
If you have any unfortunate news that this page should be update with, please let us know using this .

Shania Twain has revealed she is in a relationship with her former secretary’s husband, Frederick Thiebaud. Twain’s ex-husband Mutt Lange had an affair with their former secretary and Mary-Anne Thiebaud, and now her former husband and Shania have started their own relationship. Read more on this story below. Shania Twain took to her Web site Friday evening to let her fans know that she is doing well.Shania posted on her website on Aug. 28, her birthday, and even included a video of her recent travels. The video montage shows the country singer skydiving and even riding camels in Egypt. “I feel very alive and well, ready to take on the gift of another year,” writes Twain, whose marriage to Mutt Lange came apart in May 2008 Mutt’s affair with Shania’s best friend, Marie-Anne ThiÃ©baud, their longtime secretary and manager of the couple’s chateau in Switzerland.Shania refers on her website to her good friend, who happens to be Mary Anne ThiÃ©baud’s ex-husband, FrÃ©dÃ©ric ThiÃ©baud. There have been rumors that Shania and Frederic were seeing each other after they were spotted vacationing together in Canada. They were also spotted on a shopping trip to Manhattan and a trip to Florida. Referring to him as “a dear friend and true gentleman,” Twain writes, “[He] has been the most constant companion and support for both Eja and I. And having gone through the suffering of his family splitting apart at the same time and under the same extreme circumstances, he understands me better than anyone.”Shania adds: “We leaned on one another through the ups and downs, taking turns holding each other up. We’ve become stronger and closer through it all, as have our children, Eja and Johanna, Fred’s 8-year-old daughter.” The couple vacationed with their kids together and “Fred” took photos and video on their cell phone. Shania and Frederic were seen wearing rings but Shania says they are not engaged or married. “Fred and I have certainly had a lot of laughs through the months,” she says. “And while sharing these images with a very good friend of mine after each trip, she now affectionately refers to us as Lucy and Ricky Ricardo.” “Yeah, when I reflect on it all,” writes Twain, who says her experiences are inspiring her songwriting, “it’s clear how remarkably active my life has been since last December, a time in the life of someone working hard to ‘move on’ and succeeding.”