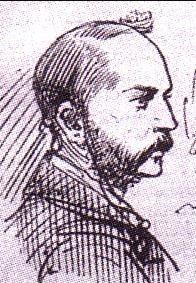 Frederick George Abberline was a Chief Inspector for the London Metropolitan Police and was a prominent police figure in the investigation into the Jack the Ripper murders of 1888.