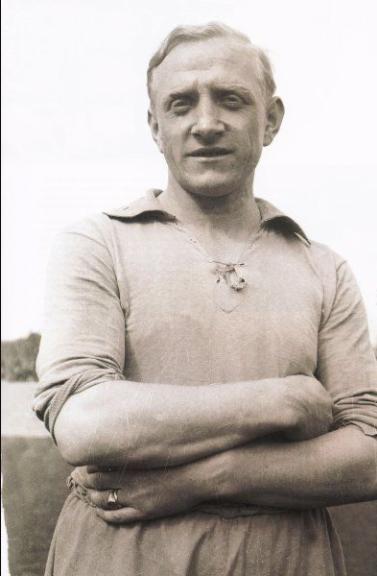 Friedrich "Fritz" Szepan (2 September 1907 in Gelsenkirchen – 14 December 1974 in Gelsenkirchen) was a German footballer in the period leading up to and including World War II. He spent his entire career with Schalke 04 where he won six national championships and one German Cup. He is commonly regarded as one of the greatest Schalke players of all time. To celebrate the 100th birthday of the club, the supporters voted the Schalker Jahrhundertelf, the "Team of the century": he was included in the midfield. From 1929 to 1938 he played for the German national team which he led as captain in 30 matches and during two World Cups.