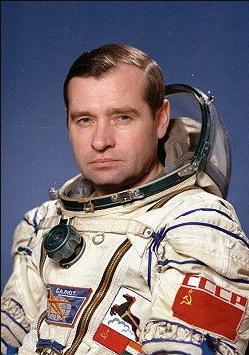 Gennadi Mikhailovich Strekalov (Russian: Генна́дий Миха́йлович Стрека́лов; October 26, 1940 – December 25, 2004) was an engineer, cosmonaut, and administrator at Russian aerospace firm RSC Energia. He flew into space five times and lived aboard the Salyut-6, Salyut-7, and Mir space stations, spending over 268 days in space. The catastrophic explosion of a Soyuz rocket in 1983 led to him being one of only two people to use a launch escape system. He was decorated twice as Hero of the Soviet Union.