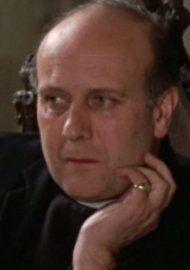 Geoffrey is alive and kicking and is currently 101 years old.
Please ignore rumors and hoaxes.
If you have any unfortunate news that this page should be update with, please let us know using this .

Geoffrey Chater (born 23 March 1921) is an English actor who was born in Barnet, Hertfordshire. He has starred in both film and television projects. His television credits include appearances in The Champions, Dad's Army, Callan, Mapp and Lucia, Heartbeat, Foyle's War, One Foot in the Grave, and Midsomer Murders.