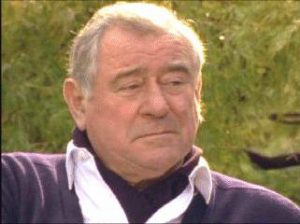 George Baker, MBE (1 April 1931 – 7 October 2011) was an English actor and writer. He was best known for portraying Tiberius in I, Claudius, and Inspector Wexford in The Ruth Rendell Mysteries.