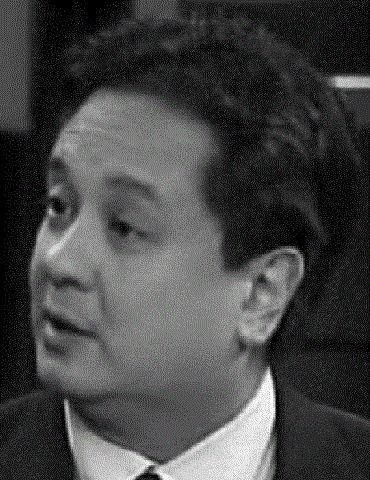 George is alive and kicking.
Please ignore rumors and hoaxes.
If you have any unfortunate news that this page should be update with, please let us know using this .

Does George T. Conway III Have the coronavirus?

George T. Conway III has been a partner in the Litigation Department of Wachtell, Lipton, Rosen & Katz since January 1994. He joined the firm in September 1988. His litigation experience has included a variety of high-profile matters spanning many areas of law in federal and state courts throughout the country. He has extensive experience in securities litigation, mergers and acquisitions litigation, contract litigation, antitrust litigation, and other litigation, both at the trial and appellate levels.In the area of securities litigation, he briefed and argued the case for respondents in Morrison v. National Australia Bank, in which the Supreme Court of the United States held that Section 10(b) of the Securities Exchange Act of 1934 does not apply extraterritorially to claims of so-called "foreign-cubed" plaintiffs -- foreign investors who purchased securities of foreign issuers on foreign exchanges. He also recently argued and won a precedent-setting motion to dismiss so-called "foreign-squared" claims against EADS brought by American plaintiffs who purchased that foreign company's shares on foreign exchanges.Mr. Conway also recently argued and won an important appeal under the Visual Artists Rights Act of 1990 on behalf of the Swiss installation artist Christoph Büchel in the artist’s highly publicized dispute with the Massachusetts Museum of Contemporary Art. He also successfully represented the Chief Judge of the State of New York and the New York Unified Court System in historic constitutional litigation over the State of New York’s extended failure to adjust judicial salaries. Mr. Conway also played a substantial role in the successful defense of Kenneth Langone’s Invemed Associates in a disciplinary proceeding before the NASD (now FINRA) that resulted in what the New York Times called a "withering," "high-profile defeat" for the regulators.Mr. Conway’s work in mergers and acquisitions litigation includes the representation of Rohm and Haas Co. and ADVO, Inc., in, respectively, Rohm and Haas v. Dow Chemical Co., and Valassis Communications v. ADVO, two Delaware Chancery Court cases involving claims to enforce merger agreements, as well as two historic cases in the development of Delaware corporate law governing mergers and acquisitions, QVC v. Paramount Communications and Paramount Communications v. Time Inc. and Warner Communications, in addition to many other cases involving contests for corporate control in the Delaware courts and elsewhere over the past two decades.In addition, Mr. Conway played a substantial role in prosecuting one of the most prominent defamation cases in recent memory (Philip Morris v. American Broadcasting Cos.). He has extensive experience in merger-related private antitrust litigation and government antitrust investigations, including the defense of Cardinal Health in the preliminary injunction proceedings before the United States District Court for the District of Columbia in FTC v. Cardinal Health. He also represented the National Football League in trademark and antitrust litigation against the Dallas Cowboys in NFL Properties v. Dallas Cowboys Football Club. His pro bono work includes his successful representation in the Second Circuit of crime victims and public-interest groups as amici curiae in opposing claims that federal law requires the State of New York to allow felons to vote while still incarcerated.Mr. Conway is a graduate of Harvard College, where in 1984 he received an A.B. magna cum laude in Biochemical Sciences. He received his J.D. in 1987 from Yale Law School, where he was an editor of the Yale Law Journal. In 1987 and 1988, he served as a law clerk to Circuit Judge Ralph K. Winter, Jr. of the United States Court of Appeals for the Second Circuit.