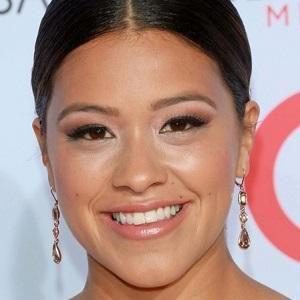 Gina is alive and kicking and is currently 37 years old.
Please ignore rumors and hoaxes.
If you have any unfortunate news that this page should be update with, please let us know using this .

Does Gina Rodriguez Have the coronavirus?

Magali's information is not available now.

Named the "next big thing" and one of the "top 35 Latinos under 35," by The Hollywood Reporter, Gina Rodriguez's profile has been rising steadily since her breakout performance as the titular character in FILLY BROWN during the Sundance Film Festival in 2012.Gina Rodriguez was born in Chicago, Illinois, to Puerto Rican parents Magali and Genaro Rodriguez, a boxing referee. She started performing at age seven with the salsa dance company Fantasia Juvenil. She went on to work with other companies including Los Soneros Del Swing, performing at several Salsa Congress' in Chicago, California, New York and Puerto Rico. At sixteen, Gina was one of thirteen teens to be accepted into Columbia University NY- Theatrical Collaboration taught by Richard Niles. She wrote, directed and performed original work with twelve other kids from around the world. She fell in love with New York and NYU called her name-she was accepted into the Tisch School of the Arts, and the calling was clear, theatre was it. Gina had four years of intense theatre training at both the Atlantic Theatre Company and Experimental Theatre Wing, working with David Mamet and William H. Macy, the brilliant guidance of Rosemary Quinn and other wonderful professors. Directly after graduation, Gina booked her first lead role in the feature film Tiny Dancer. After, Gina originated the role of Frida Kahlo in the world premiere of "Casa Blue: The Last Moments in the Life of Frida Kahlo," at the American Stage Theatre. She continued to work in NY with multiple theatres and her work in film and TV steadily grew, including shows "Jonny Zero," "Army Wives," and "Law and Order," in addition to several short and indie films. One in particular, Osvaldos, was accepted into festivals including ABFF, NY HBO Latino Film Fest, Chicago International Film Fest, Urbanworld. They named Gina winner of the "Best Actor" award at the First Run Film Festival in NY and the film aired on HBO in 2010 and was named one of the "Five Best Shorts." After the years of success in NY, Gina booked a lead role in a feature film Go for It (Lionsgate) in which she received a 2011 Imagen Awards nomination. After this, Gina booked her first co-star TV role on CBS' "Eleventh Hour." She went on to book series regular roles on web series "Eden's Court" and "No Names;" her first studio film Our Family Wedding with America Ferrera; and a lead in film Superchicas. Since then she has also guest starred on the TV shows: "The Mentalist," "Happy Endings" and "Ten Things I Hate About You." Next up came one of Gina's most exciting roles, to date, Filly Brown. Originally, this role had been written as a spoken word artist, an area that Gina had experience, but upon meeting the directors and producers, they informed her that they were changing the part to a rapper. After an outstanding audition, in which Gina provided an impromptu rap performance, she secured the role. Gina collaborated with music producers, E Dub and Khoolaid from Silent Giant, to come up with over five original songs for the film. Filly Brown is set to hit theatres nationally in April 2013.Up next, Gina stars as the lead in the indie dark comedy Sleeping with Fishes, written and directed by Nicole Gomez Fisher. The film focuses on Alexis Rodriguez Fish, who returns home to her family after the death of her cheating husband. Anna Ortiz will play her sister. Gina remains in the midst of an ABC studios holding deal, and will be seen in a supporting role in Snap, a reunion with her FILLY BROWN director Youssef Delara. Her indie film California Winter with Ruttina Wesley remains in the pipeline as well.Gina is a supporter of Inspira, an organization that works to spotlight Latino leaders who shape their communities. She also works with the National Hispanic Foundation for the Arts and the Boyle Heights Learning Collaborative, and won an Imagen award winner for "Best Actress in a Feature Film: Filly Brown".As of 2014, Gina stars in the CW television series Jane the v*rgin (2014), for which she was nominated for a Golden Globe (Best Actress in a Television Series - Comedy). She lives in Los Angeles, CA.