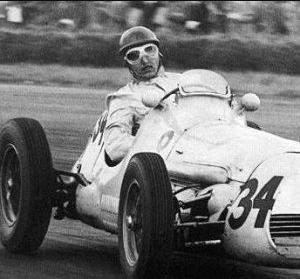 Luigi Emilio Rodolfo Bertetti Bianco, better known as Gino Bianco (July 22, 1916 – May 8, 1984) was a racing driver from Brazil. Born in Milan, Italy, he emigrated to Brazil as a child and started racing there. He raced a Maserati A6GCM for the Escuderia Bandeirantes team and took part in four Formula One World Championship Grands Prix, with a best result of 18th at the 1952 British Grand Prix. Bianco later raced in hillclimbs and died in Rio de Janeiro, aged 67, after suffering from breathing problems.