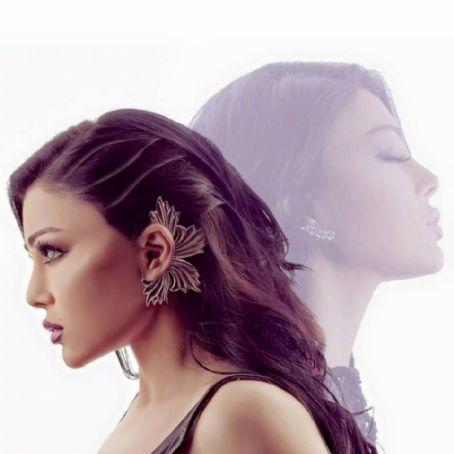 Haifa is alive and kicking and is currently 46 years old.
Please ignore rumors and hoaxes.
If you have any unfortunate news that this page should be update with, please let us know using this .

Haifa Wehbe (Arabic: هيفا وهبي or هيفاء وهبي‎‎  born 10 March 1976) is a Lebanese singer and actress. She has released five studio albums and made her acting debut in the 2008 Pepsi-produced film Sea of Stars. Wehbe is one of the most notable singers in the Arab World and is considered one of the most successful Lebanese singers. In 2006, she was on People Magazine's 50 most beautiful people list.
Wehbe released her second studio album Baddi Aech (Arabic: بدي عيش, English: "I Want to Live") in early 2005, following the success of lead single "Ya Hayat Albi." Released after the assassination of Lebanese politician Rafik Hariri, the title single of the album is about "freedom, considered to be among the most basic of human rights". Follow-up single "Aana Haifa" (Arabic: أنا هيفاء, English: "I Am Haifa") became her biggest hit to date. In 2006 she released "Bus al-Wawa" (Arabic: بوس الواوا, English: "Kiss the Booboo"), the song was later used in a Pepsi advertisement. The song was also voted Song of the Year in 2006 by Radio Scope and Sawt Al Musika.

In the 1990s, Wehbe married her cousin Nasr Fayyad when she was 18 and traveled with him to Nigeria where he worked. During her pregnancy, she returned to Lebanon and separated from Fayyad.
On June 25, 2007, Wehbe survived an accident while filming a music video for the song "Hasa Ma Bena" in Lebanon. In the video, a single engine airplane was to chase Wehbe as she drove a car. However, the airplane inadvertently hit the car, taking off the front windshield of the convertible she was driving. Despite the severity of the accident, Wehbe suffered only minor cuts and bruises.
Wehbe married Egyptian businessman Ahmed Abou Hashima on April 24, 2009 in Beirut. Among the guests at the wedding party were singer Anastacia, Carmen Electra, Sean Combs, Googoosh, Nawal Al Zoghbi, Najwa Karam, Ragheb Alama, and Sherine. It was announced that Wehbe and Ahmed Abou Hashima had split in November 2012.