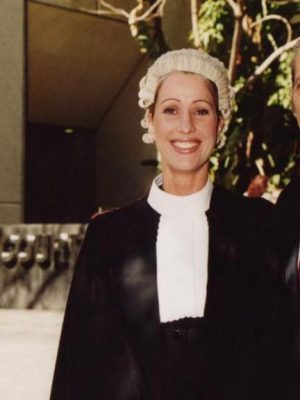 Hajnal is alive and kicking and is currently 44 years old.
Please ignore rumors and hoaxes.
If you have any unfortunate news that this page should be update with, please let us know using this .

Hajnal Ban (also known as Hajnal Black) is an Australian author and right wing politician convicted of charges that prevent her being elected to public office until 2016. She was elected 15 March 2008 a councillor for Logan City but was disqualified from 27 March 2012. Previously she was a councillor for the (now defunct) Beaudesert Shire Council from 27 March 2004. She was an unsuccessful National Party candidate for the federal seat of Forde, south of Brisbane, at the 2007 federal election. She won Liberal National Party selection for the newly created federal seat of Wright in November 2009 but subsequently lost endorsement following allegations that she mismanaged the funds of a 65-year-old man. In 2002 she underwent surgery to increase the length of each leg by 8 cm. She published her experiences in the book God Made Me Small, Surgery Made Me Tall under the pseudonym Sara Vornamen. She also released a book called Her Secret.