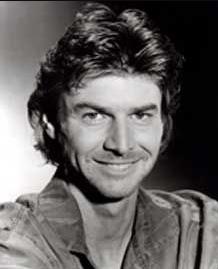 Hugh passed away on March 28, 1995 at the age of 32 in Pacific Palisades,CA. Hugh's cause of death was suicide.

Hugh Edward Ralph O'Connor was an American actor and the son of actor Carroll O'Connor. He is perhaps best known for his portrayal of Det./Lt. Lonnie Jamison on the television police drama, In the Heat of the Night, which originally aired from 1988-1994. O'Connor committed suicide in 1995.