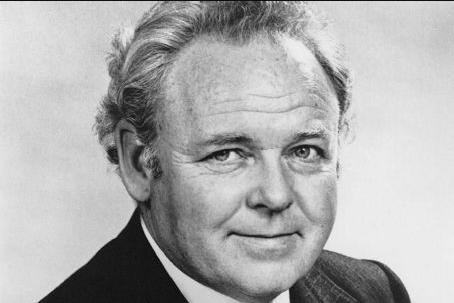 Carroll passed away on June 21, 2001 at the age of 76 in Culver City, California, USA. Carroll's cause of death was heart attack.

John Carroll O'Connor (August 2, 1924 – June 21, 2001), known as Carroll O'Connor, was an American actor, producer and director whose television career spanned four decades. A life-member of The Actors Studio, O'Connor first attracted attention as Major General Colt in the 1970 movie Kelly's Heroes. The following year he found fame as the lovable bigoted working man Archie Bunker, the main character in the 1970s CBS television sitcoms All in the Family (1971 to 1979) and Archie Bunker's Place (1979 to 1983). O'Connor later starred in the NBC/CBS television crime drama In the Heat of the Night from 1988 to 1995, where he played the role of southern Police Chief William (Bill) Gillespie. At the end of his career in the late 1990s, he played the father of Jamie Buchman (Helen Hunt) on Mad About You.
In 1962, while he was in Rome filming Cleopatra, O'Connor and his wife adopted a six-day-old boy, naming him Hugh after O'Connor's brother who had died a year earlier. At age 17, Hugh worked as a courier on the set of Archie Bunker's Place. O'Connor eventually created the role of Officer Lonnie Jamison on In the Heat of the Night for his son. In 1989, Carroll was admitted to the hospital for heart bypass surgery.

On March 28, 1995, O'Connor's son Hugh died by suicide after a long battle with drug addiction. Following his son's death, O'Connor appeared in public service announcements for Partnership for a Drug Free America and spent the rest of his life working to raise awareness about drug addiction. O'Connor also successfully lobbied to get the state of California to pass legislation allowing family members of an addicted person or anyone injured by a drug dealer's actions, including employers, to sue for reimbursement for medical treatment and rehabilitation costs and other economic and noneconomic damages. The law, known as the Drug Dealer Civil Liability Act in California, went into effect in 1997. It is also referred to as the Hugh O'Connor Memorial Law. The act is based on the Model Drug Dealer Liability Act authored in 1992 by then Hawaii U.S. Attorney Daniel Bent. The Model Drug Dealer Liability Act has been passed in 17 states and the Virgin Islands. A website devoted to the Act can be found at: www.ModelDDLA.com. Cases have been brought under the Act in California, Illinois, Utah, and other states.
His son's suicide inspired O'Connor to start a crusade against the man who sold the drugs to Hugh. He called Harry Perzigian "a partner in murder" and a "sleazeball". Perzigian filed a defamation lawsuit against the actor. In 1997, a California jury decided in O'Connor's favor. In an interview on CNN's Larry King Live soon after the verdict, O'Connor said he would never be able to put his son's death behind him. "I can't forget it. There isn't a day that I don't think of him and want him back and miss him, and I'll feel that way until I'm not here any more," he said. In 1998, O'Connor underwent a second surgery to clear the blockage in a carotid artery, to reduce his risk of stroke.
O'Connor died on June 21, 2001, in Culver City, California, from a heart attack due to complications from diabetes at age 76. His funeral Mass was celebrated at St. Paul the Apostle Catholic Church in Westwood, Los Angeles, California, and was attended by All in the Family cast members Rob Reiner, Sally Struthers, and Danielle Brisebois, as well as producer Norman Lear. Jean Stapleton, who had been a close friend of O'Connor's since the early 1960s, did not attend the service due to a commitment for a stage performance.