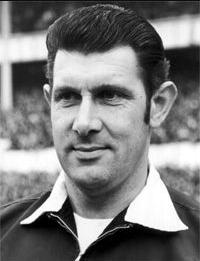 John Keith "Jack" Taylor, OBE (21 April 1930 – 27 July 2012) was an English football referee, famous for officiating in the 1974 FIFA World Cup Final during which he awarded two penalties in the first 30 minutes. The first of these penalty kicks, awarded after just a minute of play, created World Cup history – it was the first penalty kick ever awarded in a World Cup final.