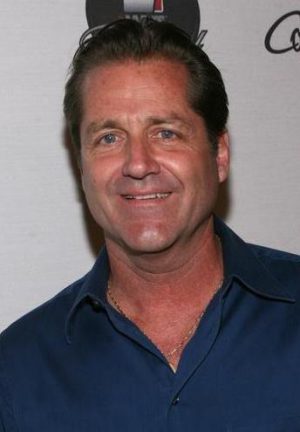 James is alive and kicking and is currently 65 years old.
Please ignore rumors and hoaxes.
If you have any unfortunate news that this page should be update with, please let us know using this .

Does James Van Patten Have the coronavirus?

James Van Patten's mother, Pat Van Patten, is still alive and kicking. She is American and has had a career as a actress.

James Van Patten is an accomplished actor, writer and producer with a lifetime involvement in the entertainment industry, encompassing film, television, and theater. He has been critically acclaimed as an actor and has received awards for screen writing and producing. His independent production company, which he co-founded with his brother, released its first feature film to theaters in 1996. Born and raised in New York, James followed in the footsteps of his father, actor Dick Van Patten, as a professional actor by age twelve. When Jimmy was a teenager, the Van Pattens moved to Hollywood, where he was immediately cast as a reform school boy in the hit television series "The Odd Couple", launching a successful acting career.He grew up guest-starring on television series, mini-series and feature films. As an adult, Jimmy also starred in two television series of his own. He starred opposite Robert Preston in the award winning series, "The Chisholms" (1980) for CBS, playing the role of "Bo Chisholm". He also starred in Ron Howard and Brian Grazer comedy series Poison (1988) (TV) for Showtime, opposite Andrea Martin and Bud Cort. Van Patten also has impressive film credits with roles in over 30 motion pictures, including "The Apple Dumpling Gang Rides Again" "Freaky Friday", (opposite Jody Foster) "Roller Boogie", "Lifeguard" and "California Dreaming". He Received critical acclaim starring in the feature film, "Young Warriors" released in theaters worldwide through Cannon Pictures. Recently he has appeared in the popular horror films, "Saw IV", as Dr. Heffner and reprises his role in "Saw VI" to be released on Halloween, 2009.In addition to his acting career, Jimmy wrote and created the comedy, Dirty Tennis (1989) (V) for MCA which won the New York and VSDA Awards for "Best Comedy Video of the Year" (1990). As a producer, Jimmy and his brother, Vincent Van Patten, formed "Autumn Winds Productions" in 1995. Their first feature film, The Break (1995), starring Martin Sheen and Vincent Van Patten was theatrically released by Trimark Pictures. Jimmy and Vince also wrote and produced, "The Flunky", directed by Vincent Van Patten and starring Jimmy Van Patten, Dean Stockwell and Farrah Fawcett. "The Flunky" won two key creative awards, "Best Cinematography on a Feature Film" and "Best Director" on a Feature Film" at the 2001 Port Hueneme International Film Festival.