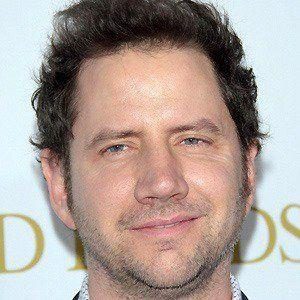 Jamie is alive and kicking and is currently 51 years old.
Please ignore rumors and hoaxes.
If you have any unfortunate news that this page should be update with, please let us know using this .

Does Jamie Kennedy Have the coronavirus?

James Harvey "Jamie" Kennedy is an American stand-up comedian, television producer, screenwriter, and actor. He is best known for playing Randy Meeks in the Scream franchise and playing various characters in The Jamie Kennedy Experiment on The WB.
A performer of stand-up comedy, he is also known for his sketch performances on his television reality show, The Jamie Kennedy Experiment, which became the WB Network's highest-ranking new show in 2002, but which was cancelled in April 2004 due to falling viewership. In 2006, Jizzy Entertainment released Unwashed: The Stand-Up Special. In 2008, Kennedy released the documentary Heckler, about the plight of stand-up comics versus their often-aggressive audiences. In 2007, he appeared in Criminal Minds as a cannibal satanist serial killer.

On December 31, 2012 Kennedy hosted and produced First Night 2013 with Jamie Kennedy, a New Year's Eve television special widely considered one of the worst shows of all time. His film Lost & Found in Armenia, in which he plays an American tourist who ends up in an Armenian village, accused of being a Turkish spy, later opened to select theatres on June 7, 2013. His latest film, Buddy Hutchins, in which Kennedy plays a down-on-his-luck recovering alcoholic, is set for a 2015 VOD release. In 2015, he portrayed Frump in the Colton Tran adventure mystery film Gloom and Beach Patrol Alex in Allegra Pictures' horror film The Sand. In 2015, he also starred as Travis Welker in Tremors 5 and as Rob in Rivers 9.
Kennedy dated his Ghost Whisperer co-star Jennifer Love Hewitt from March 2009 to March 2010.